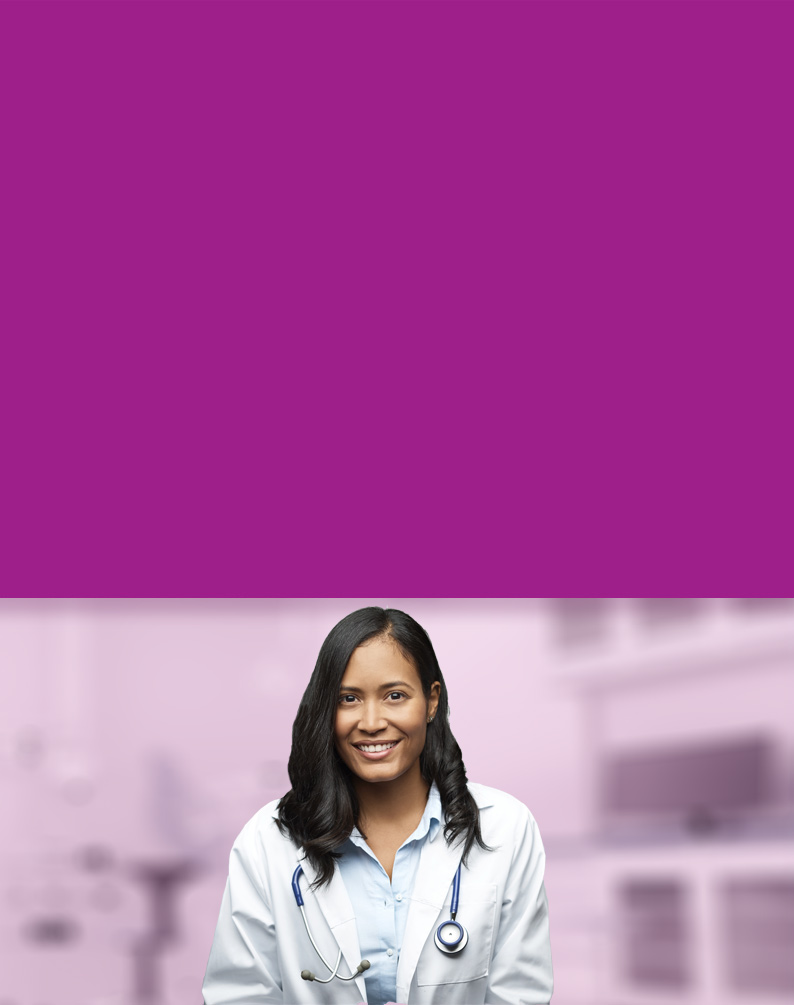 A SINGLE SOURCE FOR SUPPORT

Your patients and your practice are important to us. Daiichi Sankyo, Inc. is committed to helping appropriate patients get access to Injectafer by providing access and reimbursement support.

To help your patients get started with a support program, please fax the Patient Enrollment Form to 1-888-354-4856.

Upon receiving the form, reimbursement specialists will be able to:

Daiichi Sankyo is offering the following patient support programs. Select a program to see how it could help your patients.

Injectafer® (ferric carboxymaltose injection) is indicated for the treatment of iron deficiency anemia (IDA) in adult patients who have intolerance to oral iron or have had unsatisfactory response to oral iron, or who have non-dialysis dependent chronic kidney disease.

Injectafer is contraindicated in patients with hypersensitivity to Injectafer or any of its inactive components.

Symptomatic hypophosphatemia requiring clinical intervention has been reported in patients at risk of low serum phosphate in the postmarketing setting. These cases have occurred mostly after repeated exposure to Injectafer in patients with no reported history of renal impairment. Possible risk factors for hypophosphatemia include a history of gastrointestinal disorders associated with malabsorption of fat-soluble vitamins or phosphate, concurrent or prior use of medications that affect proximal renal tubular function, hyperparathyroidism, vitamin D deficiency and malnutrition. In most cases, hypophosphatemia resolved within three months.

Serious hypersensitivity reactions, including anaphylactic-type reactions, some of which have been life-threatening and fatal, have been reported in patients receiving Injectafer. Patients may present with shock, clinically significant hypotension, loss of consciousness, and/or collapse. Monitor patients for signs and symptoms of hypersensitivity during and after Injectafer administration for at least 30 minutes and until clinically stable following completion of the infusion. Only administer Injectafer when personnel and therapies are immediately available for the treatment of serious hypersensitivity reactions. In clinical trials, serious anaphylactic/anaphylactoid reactions were reported in 0.1% (2/1775) of subjects receiving Injectafer. Other serious or severe adverse reactions potentially associated with hypersensitivity which included, but were not limited to, pruritus, rash, urticaria, wheezing, or hypotension were reported in 1.5% (26/1775) of these subjects.

In clinical studies, hypertension was reported in 4% (67/1775) of subjects in clinical trials 1 and 2. Transient elevations in systolic blood pressure, sometimes occurring with facial flushing, dizziness, or nausea were observed in 6% (106/1775) of subjects in these two clinical trials. These elevations generally occurred immediately after dosing and resolved within 30 minutes. Monitor patients for signs and symptoms of hypertension following each Injectafer administration.

In the 24 hours following administration of Injectafer, laboratory assays may overestimate serum iron and transferrin bound iron by also measuring the iron in Injectafer.

The following adverse reactions have been identified during post approval use of Injectafer. Because these reactions are reported voluntarily from a population of uncertain size, it is not always possible to reliably estimate their frequency or establish a causal relationship to drug exposure.

Severe adverse reactions including circulatory failure (severe hypotension, shock including in the context of anaphylactic reaction) may occur in pregnant women with parenteral iron products (such as Injectafer) which may cause fetal bradycardia, especially during the second and third trimester.

I am a healthcare professional I am a patient/caregiver

Please note:
You are now being directed to an external site that is not owned or monitored by Daiichi Sankyo, Inc.

Please note:
You are now being directed to another Daiichi Sankyo website.

Please note:
Please be advised that you are now leaving Access Central.